When Netflix Vice President of Original Animation Melissa Cobb accepted the Women in Animation Diversity Award on Oct. 24 at the SPARK Animation Festival, it was only fitting that she brought her daughter Lena as her date.

“When I think about the legacy that I want to leave to my daughter, Lena, who is here with me tonight on a break from her first year at college, this is what comes to mind,” Cobb said while accepting her award.

Presented in partnership with the Spark Computer Graphics Society, the WIA Diversity Awards recognize individuals, films and organizations that have made a significant impact in expanding the diversity of voices in the animation field. Cobb was chosen for her work supporting female creators at Netflix.

Founded in 1993, WIA’s goal is to bring together animation professionals from around the world to empower and support women in the art, science and business of animation.

“WIA’s mission of affecting change in the animation industry and celebrating the organizations and artists who are making a difference is a noble one, and one that we’re very dedicated to at Netflix Animation,” Cobb said. 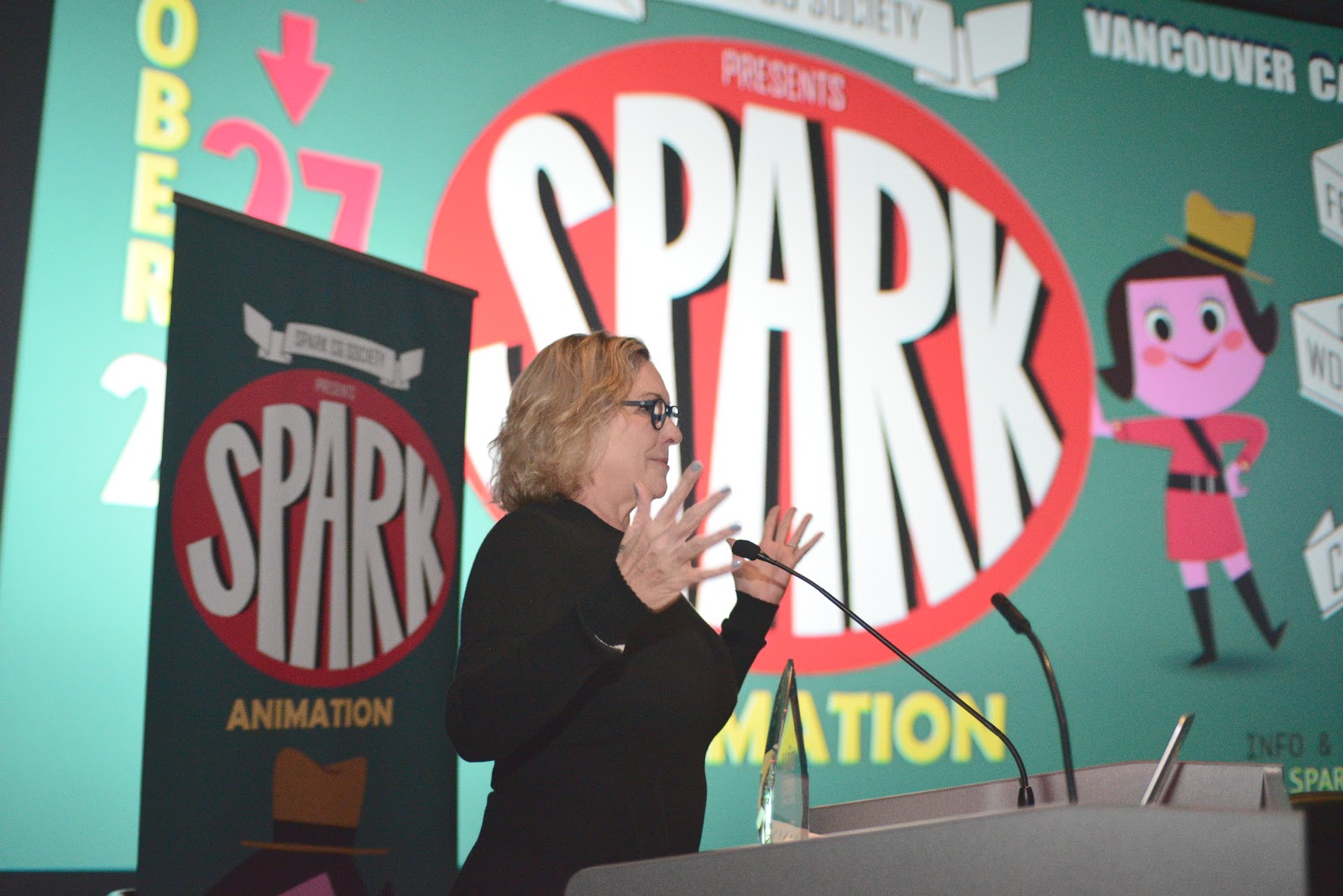 She has made that clear since she joined in 2017. Netflix’s animated feature film slate includes upcoming female-backed projects such as My Father’s Dragon, directed by Nora Twomey (The Breadwinner); Pashmina, helmed by Gurinder Chadha (Bend It Like Beckham); and Over the Moon, featuring the work of production designer Celine Desrumaux (The Little Prince).

Debuting on service Nov. 15, Klaus marks the directorial debut of Despicable Me co-writer Sergio Pablos. It was while working on the film that WIA Vice President Jinko Gotoh saw Cobb’s passion for championing new voices first-hand. Gotoh served as a producer on Klaus, which marks Netflix’s first original animated film.

When announcing Cobb had been selected to receive the 2019 Women in Animation Diversity Award, Gotoh recalled when the Netflix executive asked for recommendations of female directors a year earlier. “I gave her a list of three first-time filmmakers,” Gotoh said, in reference to Trisha Gum (The Lego Movie 2: The Second Part), Clare Knight (the Kung Fu Panda franchise) and Wendy Rogers (The Chronicles of Narnia: Prince Caspian). “They’re all now at Netflix. How empowering and cool is that?” When the series was ordered earlier this year, Netflix also announced a partnership with the show’s producing partners, Cape Town-based Triggerfish Animation Studios and London-based CAKE, to launch a continent-wide search for local female writing talent to add to the series’ creative team.

“Her commitment to diversity -- including hiring many first-time filmmakers and showrunners -- is greater than any other studio executive in the past year,” Gotoh said.

“In order to make meaningful change in the number of women working in animation we must hire and empower female creators,” Cobb said in her speech. “Hiring female showrunners and directors leads to more inclusive hiring throughout the productions and to more diverse storytelling.”

In addition to the pioneering work Cobb and her team are doing at Netflix to entertain kids and families around the world, female creators like showrunner Shion Takeuchi (the upcoming series Inside Job) and director Jen Yuh Nelson (season two of David Fincher’s Love Death and Robots) are making waves in the Adult Animation arena.

And it appears the animation team is just scratching the surface. In April, Netflix and Women in Animation partnered for a panel at Netflix designed to give female animators insight into the creative process for series at the streaming service. The event featured four female showrunners from animation, including Dong, Ito, Nee and Takeuchi, and touched on everything from a typical day in the life at Netflix Animation to larger changes for female talent across the entire animation industry.

While most agreed there’s still work to be done, they said they were “excited about the strides we’re making,” as Ito phrased it.

In her speech, Cobb sounded similarly optimistic about what the future holds: “It is so important for kids all over the world to be able to see themselves reflected in animated content and to inspire them, by example, to become the storytellers of tomorrow.”

Kate Stanhope is a member of the communications team.

Here are the highlights from the October data for the Netflix ISP Speed Index, our monthly update on which Internet Service Providers (ISPs) provide the best prime time Netflix streaming experience. Read More