Founded in 2008, Extra Life raises money by having volunteers sign up for a day of gaming (this can range from video games to board games) and then ask their family and friends to donate money to support their efforts. (Kind of like asking someone to sponsor you in a triathlon but more fun). The money raised goes directly to 170 children’s hospitals across the United States and Canada to be used by each hospital however they choose. (Extra Life has since gone on to raise more than $50 million for the 10 million children it serves.)

Software engineer Brian Moyles, an eight-year Netflix veteran based in Los Gatos, organized the first Netflix Extra Life event in 2016. Moyles was inspired by his family’s own health scare in 2015 when his then 7-month-old daughter Abigail was unexpectedly diagnosed with a heart rhythm disorder and had to be sedated and placed on a heart bypass machine.

Abigail remained hospitalized in the ICU at Stanford Children’s Hospital for the next two months, during which time her vocal chords were inadvertently paralyzed and she had to be fed via a gastric feeding tube. When she was able to return home, she was on feeding tubes and it took several months for her to recover fully. “We're now four years down the road and everything has been clear since,” he says.

However, the ordeal had a lasting impact on him and his family. “That experience was easily the most trying, difficult experience of my life to-date,” Moyles recalls. “Yet as difficult as it was for us, my wife and I were surrounded by other aching parents whose children were in similar, or many cases, worse condition with more uncertainty. It changed us, our relationship with one another, our relationship with our children, family, friends, and the world.” 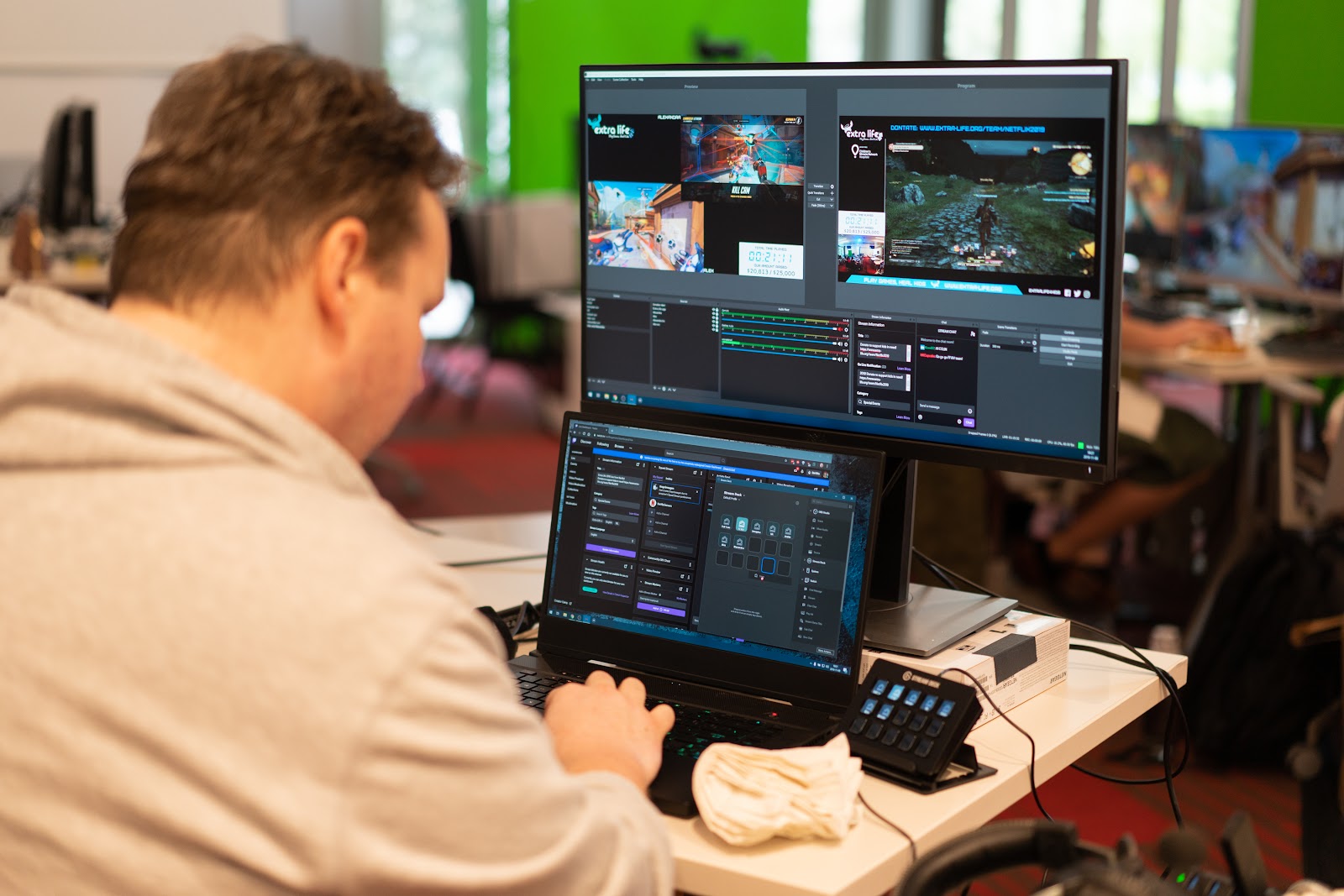 For his wife Danielle, that meant becoming a nurse. For Moyles, that meant launching Extra Life at Netflix -- something he says he felt empowered to do thanks to the company’s culture. “Netflix, more so than any organization I've worked for, provides an incredible amount of freedom and autonomy in exchange for trust and responsibility,” he says.

The small group of volunteers beat their $5,000 fundraising goal in year one  -- thanks in part to Netflix’s employee matching gift program -- and talks about doing another event started soon after. “That post-event buzz and excitement for next year was what really stood out for me and made me believe we could continue to grow this into something bigger than all of us,” he said.

Since then, Extra Life has become an annual occurrence for employees at Netflix, growing both in size and scope. (Last year, employees at Netflix raised more than $25,000, this year it hit $32,000.) The event has also evolved to include family and friends of Netflix volunteers. The 2019 event drew roughly 100 employees, friends and family members.

However, the biggest change was the launch of two new events in the Los Angeles and Salt Lake City offices. Although Moyles says the geographical expansion “came with its own set of unique challenges,” he was able to rely on colleagues in both offices who were willing and ready to pitch in.

Prior to the event kickoff, several Extra Life volunteers from Netflix’s Salt Lake City office visited the nearby Primary Children’s Hospital to see the funds raised in action. 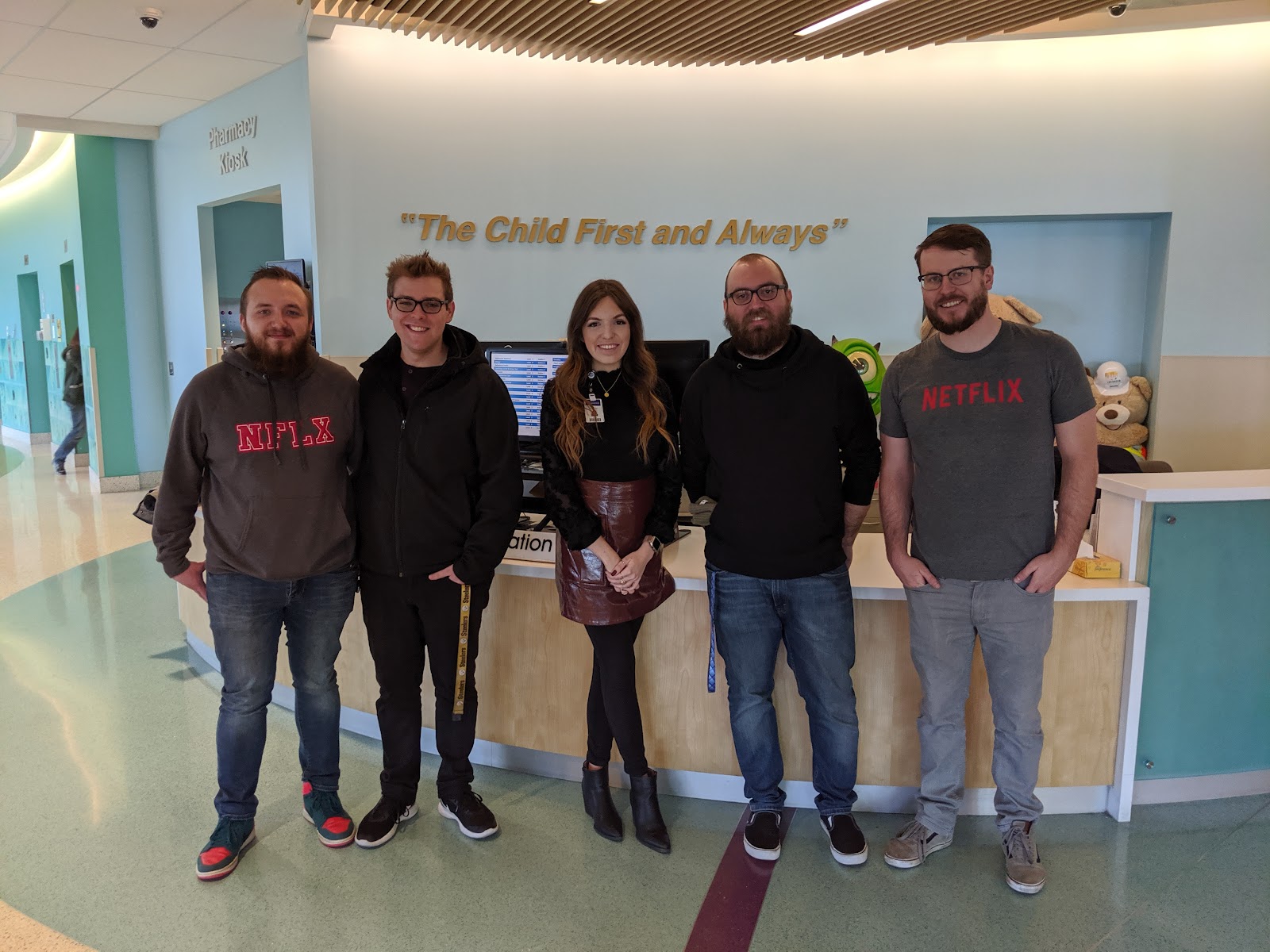 “This is real important work that's going on here - the kind that changes people's lives forever. We all feel incredibly lucky to be a part of it,” research analyst Austin Smith said. “It's our hope that in some way, our event and our contribution will be used to ease someone's pain on the most difficult day of their life.”

In the gaming spirit of Extra Life, Primary Children’s Hospital in Salt Lake City specifically used its 2018 Extra Life donations to purchase an Xbox One X for every room. Patients are then able to play games with each other on a private server, even when they’re in isolation due to their condition.

“Having a company like Netflix contribute to CMN Hospitals is absolutely invaluable to our mission’s success,” said Julia Saxton, Children’s Miracle Network Program Director at Primary Children’s Hospital. “And truly, it’s about more than just the dollars. It’s about the message of support it provides to the children and families in our local communities.”

In addition to helping raise money for an important cause, Moyles says the Extra Life events have helped connect him with Netflix colleagues in other departments and other offices.

“It's a lot of work but it ends up being a lot of fun,” he says. “I've gotten to meet and work with amazing people throughout the company I likely would not have otherwise, and it feels good to be able to help those in need and affect change.”

Next up? Moyles would like for Netflix’s Extra Life presence expand overseas. “Most of all,” he says, “I'd love to see this become another Netflix tradition like other events here that started small and grew such that they're now part of the company's DNA."

Kate Stanhope is a member of the Netflix communications team.