Here are the highlights from the November data for the Netflix ISP Speed Index, our monthly update on which Internet Service Providers (ISPs) provide the best prime time Netflix streaming experience.

Updated Jan. 21, 2020: An earlier version of this blog post included the wrong speed value for izzi. The correct speed value is 3.65 Mbps. 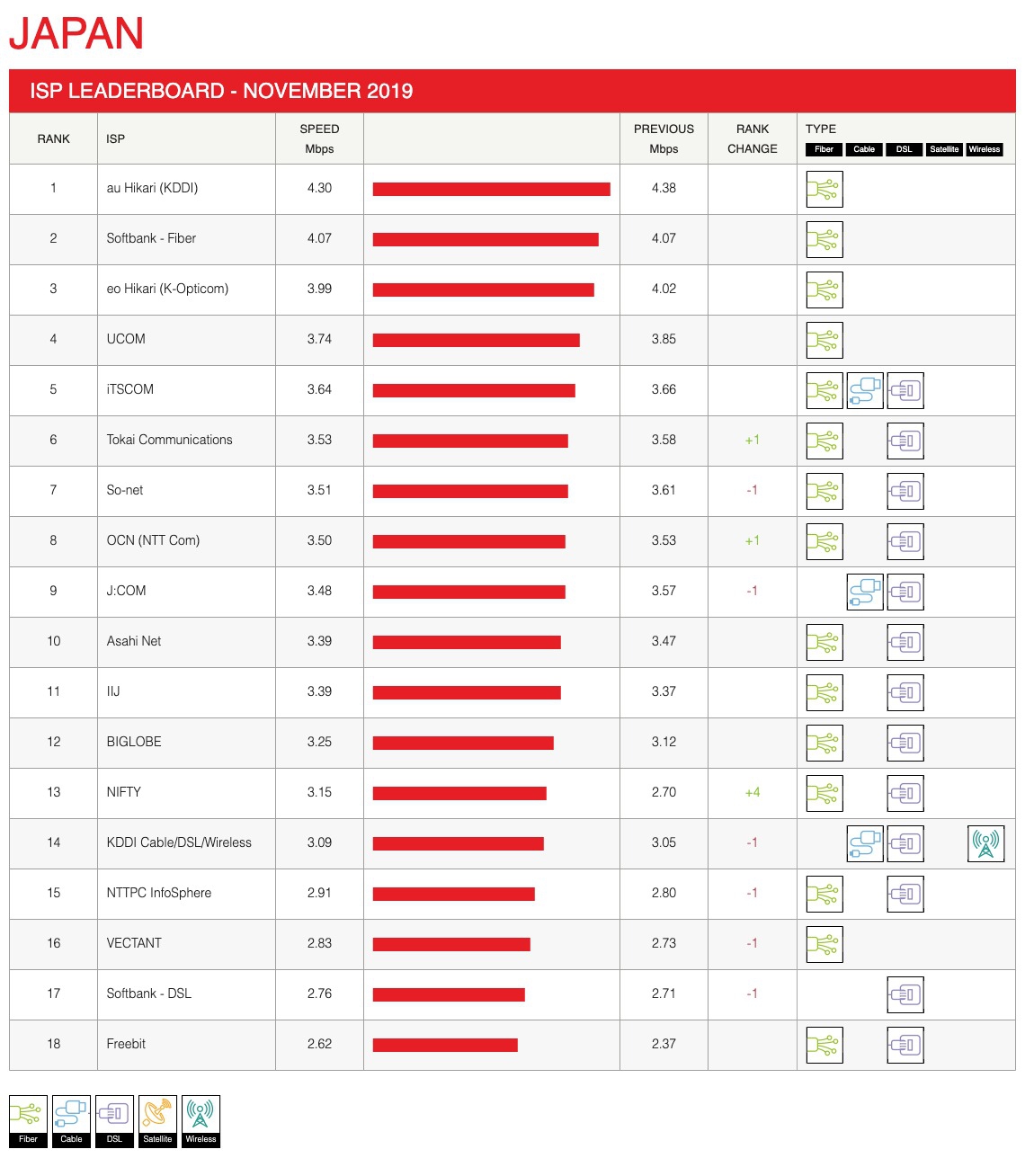 However, the United States’ C Spire service saw the single biggest increase of the month, leaping 0.47 Mbps to an average of 3.79 Mbps. 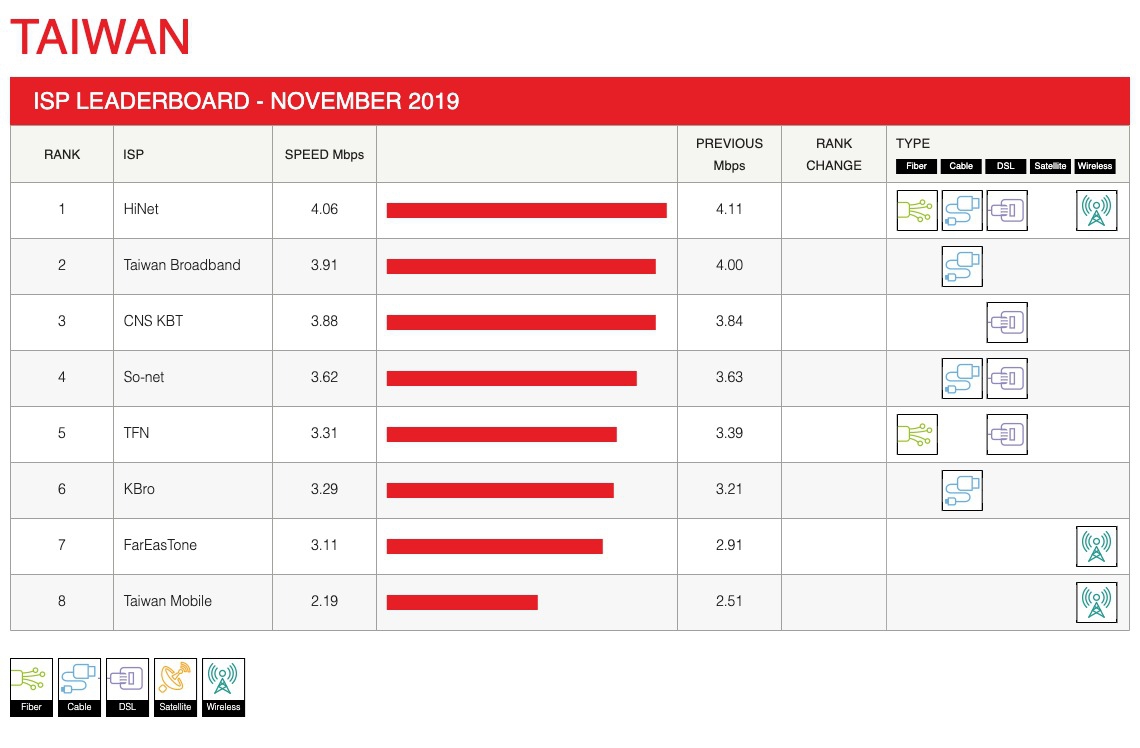 In Indonesia, Neuviz grew by 0.27 Mbps to a 4.18 Mbps average. For the second month in a row, Indonesia’s Indosat-Fibre saw a significant drop, falling 0.2 Mbps to an average of 3.9 Mbps. 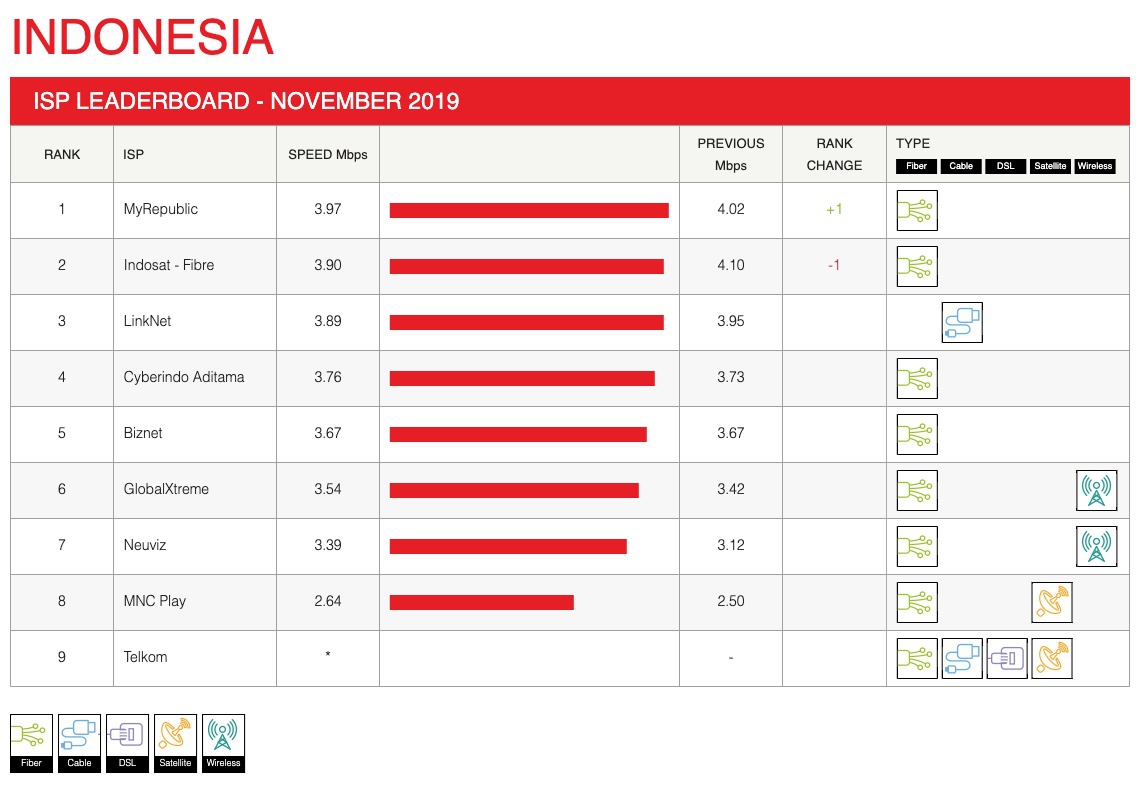 The other major decrease came from Kuwait’s Viva, which fell 0.27 Mbps to a 3.25 Mbps average.

On the country rankings, Australia rebounded nicely after falling seven spots last month. The country jumped six spots to from 18 to 12 -- no doubt at least partly thanks to the increase posted by Dodo/iPrimus. Norway and Greece also rose six spots each, moving from 15 to 9 and from 34 to 28, respectively.

After posting two straight months of increases, Thailand suffered the biggest drop on the country rankings, sliding six spots from 9 to 15. Singapore and Panama each dipped four spots, from 12 to 16 and from 32 to 36, respectively.