Here are some highlights from the March data for the Netflix ISP Speed Index, our monthly update on which Internet Service Providers (ISPs) provide the best prime-time Netflix streaming experience.

Back in December, we announced a years-long effort called complexity-based encoding that allowed us to boost streaming performance of TV shows and movies while using less bandwidth. At the time, we said the new encodes would result in lower monthly averages for ISPs in our ISP Speed Index. With about 80% of our catalog now re-encoded, that change is beginning to impact the index.

If you look at the US ISP Speed Index graph, you’ll see the group of top performers started moving collectively down last month and again this month. That movement as a group reflects more efficient streaming on those networks due to our encoding work. For example, with the new encodes, the first episode of House of Cards Season 4 streamed 720p starting at 910 Kilobits per second (Kbps) and 1080p starting at 1620 Kbps on TVs; previously the lowest bit rates for those same streams were 2350 Kbps and 4300 Kbps, respectively.

Here are other moves of note in March:

In the US, CenturyLink, whose performance has steadily slid since last November, now ranks last in the index with an average monthly speed of 1.53 Mbps. By comparison, the slowest country we currently track -- Costa Rica -- posted average monthly performance of 1.87 Mbps in March.

In Germany, Kabel Deutschland fell three spots from first place to fourth with an average monthly speed of 3.61 Mbps, down from 3.87 Mbps a month earlier.

In Ireland, Virgin Media continued its climb, rising to first place from third, with an average monthly speed of 3.37 Mbps, up from 2.46 Mbps last month.

To see if your country ranks within the top 20, click here. 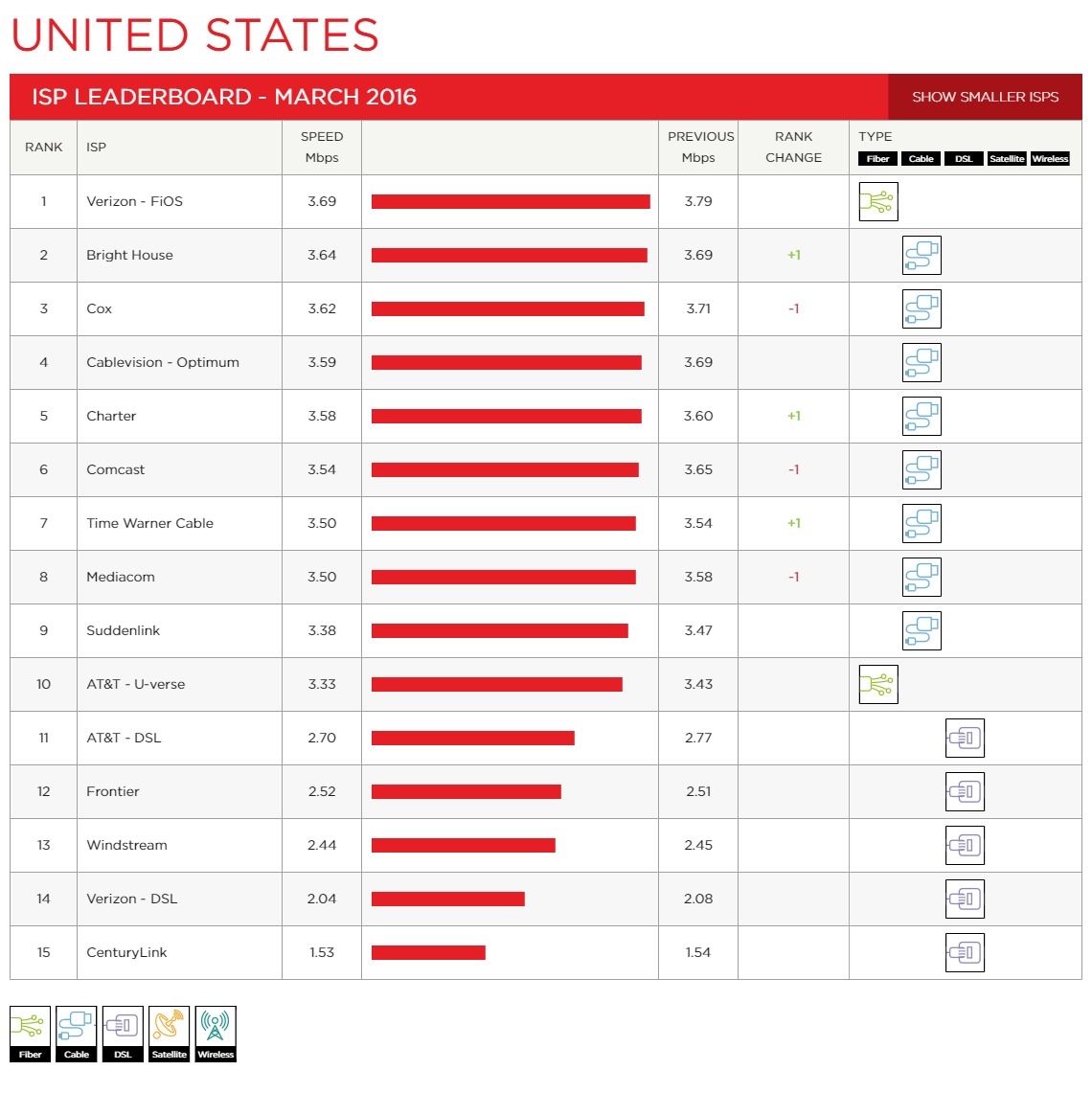 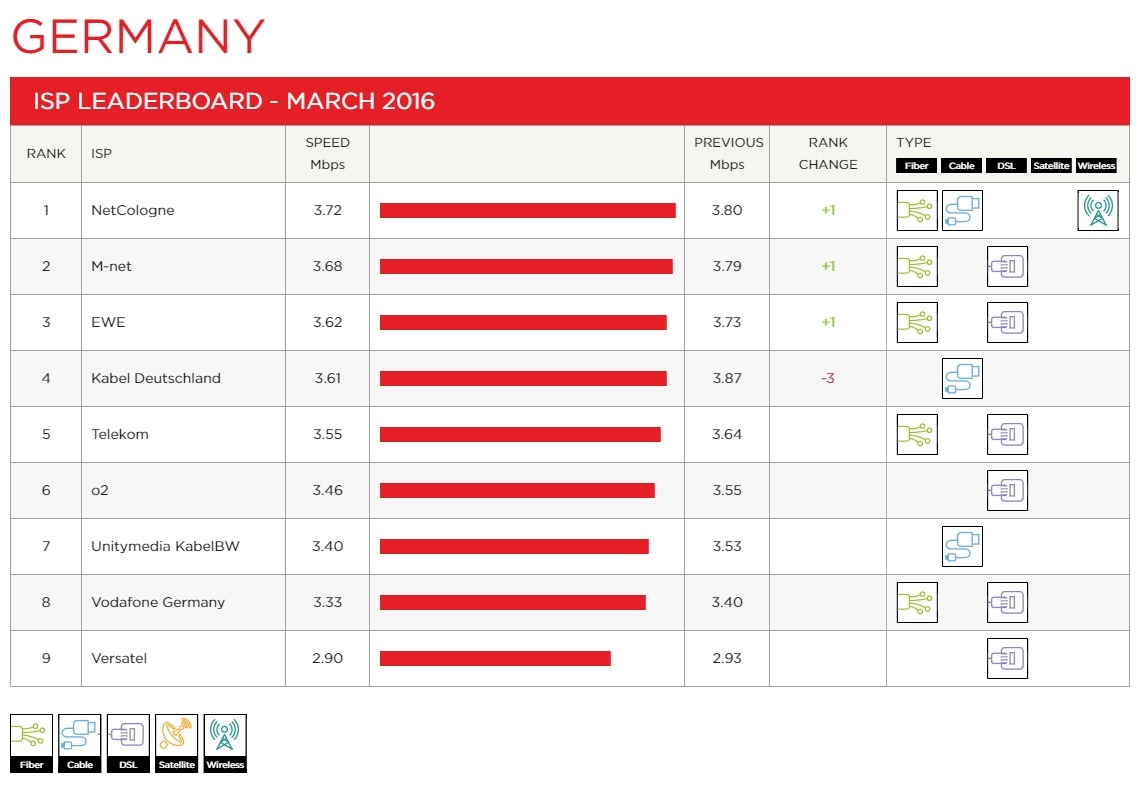 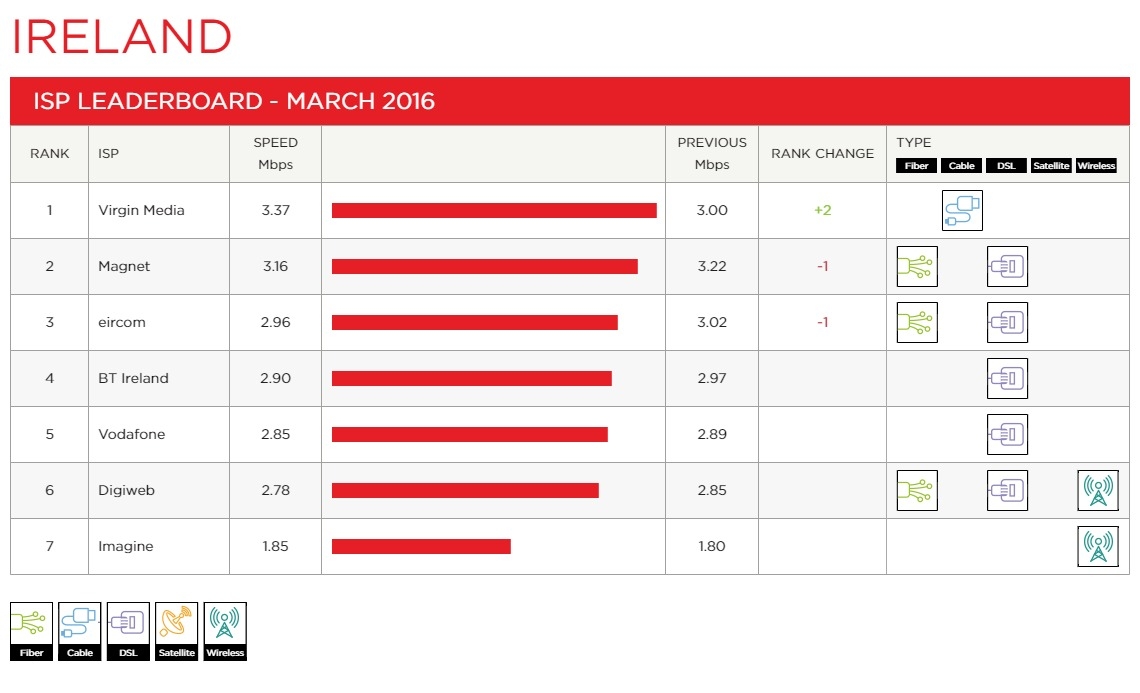 Helping Netflix Members Get More from Their Mobile Data Plans

The Next Generation of TV

It wasn’t so long ago that online video meant grainy quality and constant buffering, but today the Internet is the home of the best possible video you can get thanks to Ultra HD 4K and HDR. Read More