Here are the highlights from the December data for the Netflix ISP Speed Index, our monthly update on which Internet Service Providers (ISPs) provide the best prime time Netflix streaming experience. 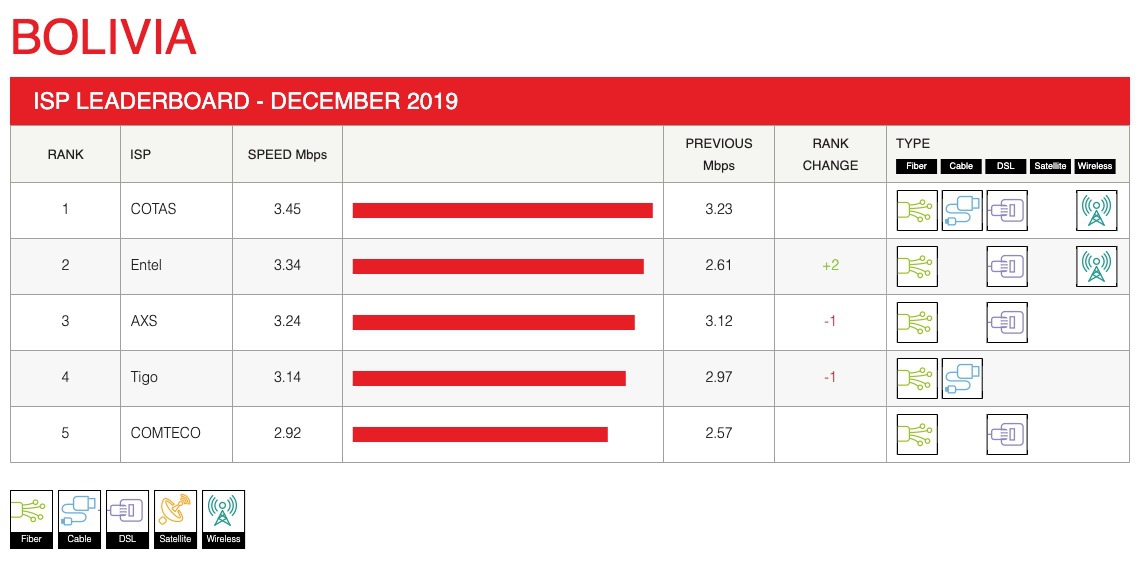 Poland, meanwhile saw increases across the highest number of services (5). Inea leapt 0.39 Mbps, UPC increased by 0.38 Mbps, Vectra and Toya each rose 0.35 Mbps and Multi Media went up 0.31 Mbps. Their average speeds for the month of December ranged from 4.56 Mbps to 4.42 Mbps. 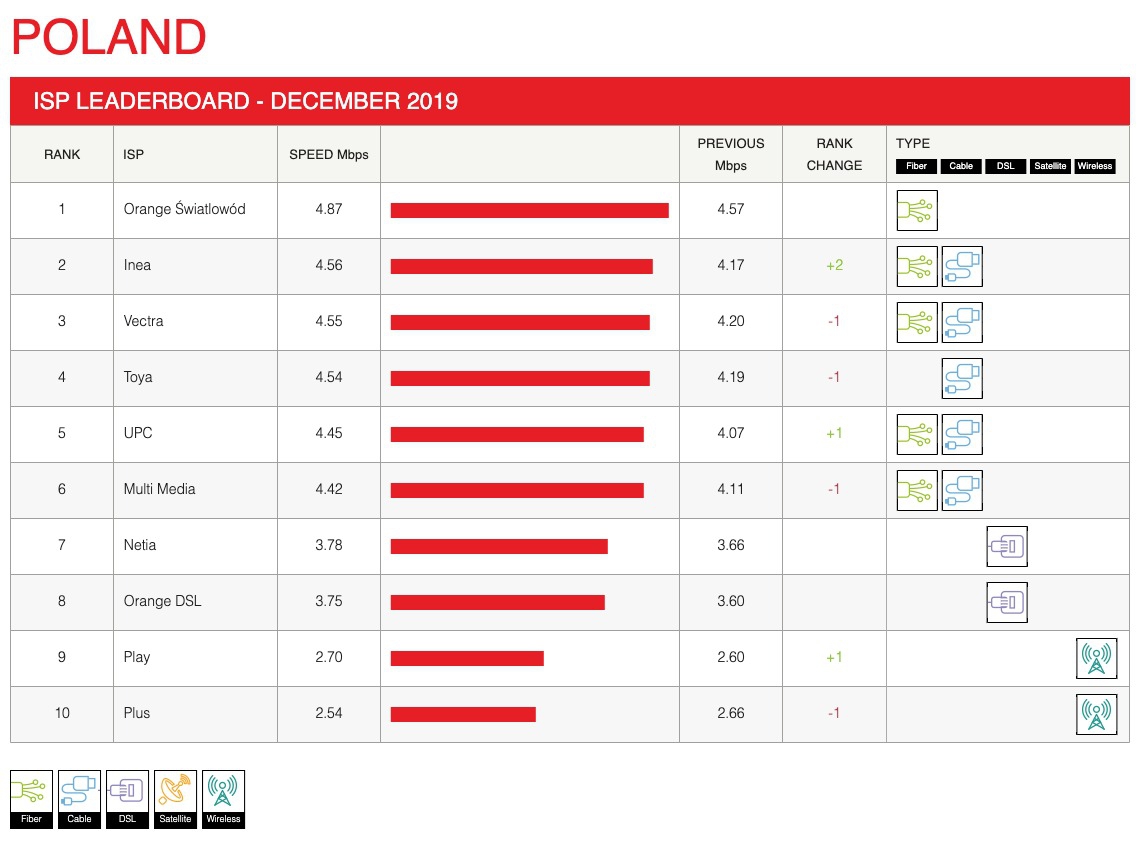 In nearby Hungary, three service providers went up. Telekom rose 0.45 Mbps, while Digi and UPC each saw increases of 0.41 Mbps. These upticks brought their respective averages up to 5.01 Mbps, 4.99 Mbps and 4.72 Mbps, respectively.

Not surprisingly, two of these countries also saw movement on the country rankings. Poland and Bolivia each moved up three spots to 29 and 49, respectively.

One service, Tigo Star, got a boost in two different countries: Guatemala, which rose 0.56 Mbps, and Honduras, which rose 0.31 Mbps. Other notable increases in December included SKYCable in the Philippines (up 0.48 Mbps), Taiwan’s KBro (up 0.31 Mbps) and Indonesia’s MNC Play (up 0.31 Mbps).

No doubt at least partly related to Qualitynet’s drop, Kuwait dipped four spots to 41 on the country rankings. Hong Kong and Thailand tied for the biggest drop, each falling seven spots to 15 and 22, respectively. Elsewhere in Asia, Singapore saw a decline for the second month in a row, this time from 16 to 19.

Here are the highlights from the November data for the Netflix ISP Speed Index, our monthly update on which Internet Service Providers (ISPs) provide the best prime time Netflix streaming experience. Read More

How Netflix Is Empowering Future Showrunners From All Over the World